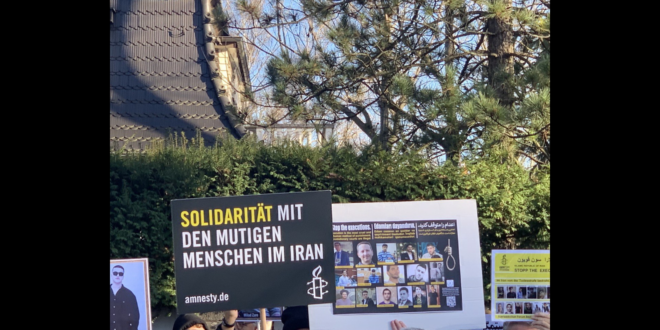 From September 26 to December 30, a total of 507 individuals suffered extrajudicial executions during the protests that swept throughout Iran, 69 of whom were children. The number of those arrested is up to 20,000, some of whom have been sentenced to death. The nation of Azerbaijan in Iran also has suffered proportionately, including at least 3,000 individual protesters and activists have been detained, of whom at least 660 individuals have been identified by the Arc Association; 32 individuals have suffered extrajudicial death; arbitrary death sentences have been pressed against 16 individuals; and untold number of individuals have been maimed and wounded by live shotguns fired by security agents. It is noteworthy that compiling ethnically-driven data in Iran is very difficult, as the multinational composition of Iran has been subjected to disinformation.

The Arc Association, the Azerbaijani Human Rights Defense Association, considers the execution of human beings to be the most cruel and inhuman way of punishment. In our opinion, the Iranian revolutionary courts are illegal and conversely death sentences should be stopped.

Most of the sentenced detainees and those with death sentences have been convicted in revolutionary courts, here these courts have no legal authority. The revolutionary courts are normally kangaroo courts and their sentences are often arbitrary for depriving the protesters from the right of access to a lawyer, let alone an independent lawyer of their choice. Judiciary processes of the Iranian Revolutionary Courts the lack of fair proceedings; investigating and residing judges fail impartiality; and the various interested departments collude with the proceedings of the Ministry of Justice. The issued sentences fail international standards and are not normally legal and cannot be defended.

The trials of the initial group of defendants of the Autumn 2022 protests sweeping the whole country have been held in the past weeks, and at least 100 people have faced with accusations of Muharebeh, corruption in the land, and sedition, and some of whom are in imminent danger of execution. The names of some of them are as follows: